That freestanding emergency room is probably not in-network, no matter what the website says

That freestanding emergency room is probably not in-network, no matter what the website says

A Texas law aimed at protecting patients from shocking medical bills after visits to free-standing emergency rooms may not be reducing consumer confusion as intended.

The law, which went into effect in September, requires the ERs to say on their websites and at their facilities whether they are in-network or out-of-network for insurance carriers.

“I wanted it to be crystal clear,” said state Rep. Tom Oliverson, R-Cypress, who introduced the bill last year. It seemed to garner near unanimous support from trade, consumer and insurance groups.

But now — six months after the law took effect — a survey of dozens of free-standing emergency room websites finds that the required disclosures are confusing at best, and misleading at worst.

That is, if the language is there at all.

“It’s not exactly what I had in mind,” Oliverson said.

By February, some sites had posted only a description of the HB 3276 law.

Others displayed logos of insurers that they “accept,” which is not the same as being in-network from a billing perspective. And many pointed to the fact that they “always” bill at in-network rates.

Whether or not this language is what the law intended, depends on whom you ask. Oliverson, for one, doesn’t think so.

“A patient trying to avoid a large surprise medical bill needs to know is this an in-network facility or is it not. Period,” he told The Dallas Morning News.

That sentiment was echoed by a Keller woman who was hit by a big bill at a free-standing facility in August 2016.

“I want to know am I covered? How much is this going to cost me?” Lou Marchant, told NBC 5 (KXAS-TV) after reviewing a few of the websites this month, including the one she originally visited.

“When I read this, they’re really not telling you what things are going to cost. It is such a challenge and you don’t feel like you have any champion on the consumer side.”

If a free-standing ER doesn’t post the required in-network notice, it risks losing its license.

But, the state agency that is supposed to be monitoring compliance has only checked 10 of the more than 200 facilities in Texas. Officials say they have seen no problems.

And the operators of free-standing emergency rooms and the trade organization that represents them in Texas say that state laws are clear. They stand by the descriptions they post.

“All emergency care claims should be processed at the in-network benefit level,” said Brad Shields, executive director of the Texas Association of Freestanding Emergency Centers.

“If processed properly by the health insurance company, the patient responsibility shouldn’t be any different, whether that facility is in-network or out-of-network,” he said.

State of confusion
A free-standing emergency room is a facility that is structurally separate from a hospital and offers emergency care services. While some are affiliated with larger hospitals systems, many are run by independent operators and are not a part of a health care system.

Insurance companies negotiate reduced rates for providers in the networks of hospitals and clinicians they form. Frequently free-standing ERs are not included. So patients who go to them could face higher out-of-pocket expenses, and get billed the balance of what the insurer doesn’t pay.

Insurers in Texas are required to pay the in-network rate for any emergency care. As Shields of TAFEC notes, a medical emergency isn’t the right time to stop and ask about the status of the insurance plan a person has chosen.

“The most important thing in a time of emergency is seeking care as quickly as possible. And the statutes in Texas protect the patient,” he said.

But it’s sometimes hard for patients to know whether their symptoms are emergencies; which is why they seek expert help in the first place. And that’s what may send the patient to an emergency room when they probably should have gone to an urgent care facility instead.

That’s why it’s important to know who is in network, consumer advocates say.

Blake Huston, associate state director of advocacy for AARP of Texas, warns people to be wary of phrases like “we accept your insurance” and “we take your insurance.” Even though out-of-network facilities will make an an attempt to seek reimbursement from insurers, payment is not guaranteed.

“What they’re not saying is that no matter what the insurance pays, that free-standing ER still has the right to hit you with a surprise medical bill because they are out of network,” Huston said.

“If they were in-network, they wouldn’t have that right.”

Since words matter, the language used should help consumers make distinctions, and not just be marketing tools to bring in new business, said Stacey Pogue, a senior analyst for the Center for Public Policy Priorities.
“Consumers want to know: Am I going to pay more than I expect based on the terms of my insurance?” she said. “But none of the words they use drill down to that. You can have technically correct language that is still confusing.”

Keeping them accountable
The Texas Health and Human Services Commission, which licenses the stand-alone facilities, has inspected 15 free-standing facilities since the new law took effect.

Despite language that Oliverson calls misleading, HHS has not cited any for deficiencies.

“We generally try to work with facilities to get them into compliance,” the agency said in an emailed statement. “We welcome consumer complaints and if any facility is not compliant with the law, we would want to know about it.”

But visitors may not realize that language is a problem until after a visit, when the bill arrives.
Advertisements can exacerbate that issue.

For example, one Houston free-standing emergency room encourages patients who are “feeling under the weather” to come in for flu tests. Meanwhile, the Centers for Disease Control and Prevention says only people with more severe flu symptoms should go to the emergency room. That can include fever, rash, difficulty breathing and bluish skin in children, and chest or abdominal pain, confusion and persistent vomiting in adults.

Consumers are often told to check ahead of time to make sure that a free-standing facility is included in the network of the health insurance plans they have.

At least one company updated its website only after The Dallas Morning News pointed out that language required by law was missing.

But even when the language is there, it can be confusing. And consumers don’t always get straight answers.

“I presented my insurance card, and I said, ‘You take my insurance, correct?’ and they said, ‘Oh yeah, we take your insurance,’” Marchant, a 60-year old account executive, told NBC-5.

In 2016, she received a $4,325 bill when she went in for pain caused by an intestinal issue. But when NBC5 started making calls, the facility decided to take care of Marchant’s bill.

Likewise, The News made calls to several local facilities to find out if they were in-network for Blue Cross and Blue Shield PPO.

When the question was posed to the Frontline Emergency Room on Gaston Avenue, the person who answered first said all insurance was accepted. When pressed, the employee said the facility charges the in-network rate. The third time, the person said yes, the facility was in-network. When contacted, Blue Cross said that the facility is not in its network.

Marcus Gurske, director of communications for Frontline, later reviewed the call, which the emergency room had recorded for quality assurance.

He said in response that although Frontline does not have an agreement with Blue Cross, a separate Texas law, HB 425, requires all emergencies be billed in-network, and that therefore the staffer was correct.

“If you’re having a medical emergency, we can’t turn you away. Your care is always in-network,” he argued. But when pressed on whether that would be confusing for an everyday Texan who calls ahead and could opt to skip Frontline and go to a hospital emergency room — one that does have a network agreement with an insurer — he backpedaled.

“He should have just said no. But this is a flaw in the system,” Gurske said. “Unless you’re standing at the front desk, we can’t make that call.”

In other words, a facility can’t decide if insurance will be billed at an in-network rate until after it’s determined that you’re having an emergency.

What’s next?
Consumer advocates say they are checking into whether Oliverson’s legislation, which required clarity on facilities’ in-network status, is effective or needs to be even stronger.

Jamie Dudensing, CEO of the Texas Association of Health Plans, called it “an important step in the right direction” but said more can be done to make health care prices transparent. There is incentive to remain out of network when a patient can be balance billed for more money, she said.

The AARP of Texas says it plans to do its own investigation before the end of the year.
“We need to take another look to make sure consumers aren’t purposefully misled,” Hutson said.

And Oliverson said he’s following up with HHS about its process for evaluating compliance.

“I just wanted [consumers] to see a sign that clearly identified that the facility either was an in-network provider and with whom, or that they were not in network with anyone,” he said.

“Any additional verbiage that we add to that confuses patients. The enforcement agency side of this is probably going to have to police it,” Oliverson said.

I enjoyed getting to take my boys out fishing on Lake Conroe last weekend. Now I am looking forward to more quality time with my family this weekend as we celebrate Independence Day! ... See MoreSee Less

I ran across this interesting article on Covid19, masks, and bars/restaurants. I think a lot of this is somewhat intuitive, but it’s worth examining because of our current circumstances. I have always thought that social distancing in a nite club or bar is contrary to their reason for being, but to be closed is understandably devastating for these businesses. A true no win. #txlege ... See MoreSee Less

These spaces pose particular challenges for transmission control because of both human behavior and the way the coronavirus spreads most efficiently—indoors through close, prolonged contact without protection.
View on Facebook
·Share

‪Today was a very special day as I was able to present an honorary resolution to CyFair HS graduate and Texas A&M (insert Whoop!) punter and kickoff specialist, Braden Mann. He was recently drafted by the New York Jets and we look forward to watching him play this Fall. In case you are wondering, he tells me his longest punt in a game is 83 yards, which means he is a Defensive Coordinator’s best friend. We are all so proud of you Braden, may God bless you and protect you in your professional football career! #txlege Cypress-Fairbanks ISD Cy-Fair High School #bfnd #GigEm #JetsJetsJets‬ ... See MoreSee Less

My OR attire tonight in the Covid19 era. And you thought wearing a mask was uncomfortable. #MaskUpTexas #txlege 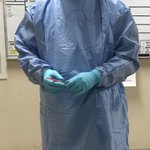 Great summary of the issue. #txlege

I just introduced an amendment with @JohnCornyn, @SenBlumenthal and @SenSasse to require transparency from media outlets run by foreign powers.

If foreign countries are spreading propaganda, then American consumers have a right to know where their information is coming from.