My call to public service came from God’s plan for me and my family. It was God’s calling that led me to run for office and it is His call once again that brings me back.  Since my first election, I have become a respected voice for prosperity, limited government, and innovative policy solutions in Austin.  Many of my legislative achievements have received national acclaim and several are now national model policies.  With God’s blessing, I have the strength and vision to continue to serve our community, and I humbly ask for your vote on March 1st.

His first session culminated with him being chosen by his Republican colleagues as “Best Freshman Legislator” of the 85th legislative session. In his second session, he was named by Texas Monthly as one of the “best legislators of the 86th session”. Dr. Oliverson has authored legislation on a diverse set of issues including: healthcare, education, local government, religious freedoms, the 2nd amendment and protecting the unborn.

Dr. Oliverson is active with the National Council of Insurance Legislators (NCOIL), where he serves as the Chairman of the Workers Compensation Insurance Committee and as a member of the Executive Committee. He is also active with the National Association of Christian Lawmakers where he is the Chair of the National Legislative Council. Dr. Oliverson serves on multiple healthcare taskforces including the Texas Conservative Coalition, American Legislative Exchange Council, and National Conference of State Legislatures.

Dr. Oliverson was named an AARP Champion 2 legislative sessions in a row, was awarded one of the highest awards by the Texas Nurses Association and recognized as a top conservative by the American Conservative Union, the organization behind CPAC, and by the Texas Conservative Coalition. Friends, As we say goodbye to 2022 and welcome in 2023, I want to wish you all a Happy New Year! I hope you had a wonderful holiday season with friends and family. As always, Team Oliverson has been hard at work the last couple of weeks as we prepare for the upcoming 88th Legislative…

My office staff attending The Investiture Ceremony and Administration of the Oath of Office to The Honorable Jessica N. Padilla as Judge, County Criminal Court at Law # 14. ... See MoreSee Less
View on Facebook
· Share

As a practicing anesthesiologist, I continually advocate for patients and their safety. One of my top priorities is reducing healthcare premiums and prescription costs for Texans. I’m proud to be a part of a bipartisan committee that is pushing for a reduction of drug costs while expanding transparency across the board. To read about these efforts, visit: ... See MoreSee Less 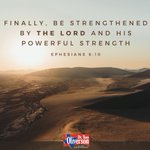 Abortion is not healthcare because healthcare never involves killing people.

As a practicing anesthesiologist, I continually advocate for patients and their health. I’m proud to be a part of a committee that is pushing for a reduction of drug costs while expanding transparency across the board. To read about these efforts, visit: 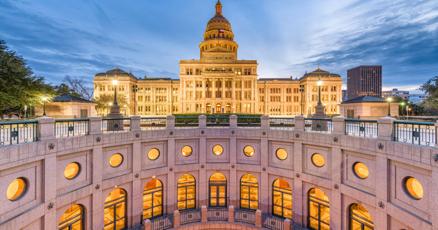 (The Center Square) – A select committee on health-care reform in the state House has proposed recommendations and drafted legislation for the state...

Reply on TwitterRetweet on Twitter1Like on Twitter2Twitter
Load More...