Dr. Tom Oliverson says the last place he expected to find his name was in the “best” category in the liberal Texas Monthly magazine’s most recent list of “Best and Worst Legislators.”

Oliverson (R) is, after all, one of the Texas House’s most conservative members, enjoying high marks on the scorecards of the American Conservative Union, the conservative Texas Eagle Forum, and pro-life and gun-rights groups. He’s also been a thorn in the side of progressive activists in Austin and other cities seeking to slow growth. “You know, they put out a ‘worst legislators’ list, too, and I would have thought it more likely for me to turn up on that one,” he says dryly.

What impressed the magazine’s editors was the doctor’s leadership over the past two sessions “practicing good medicine” with a batch of pathbreaking health care reform bills that they believe “should make the state a better place to be sick.” The legislation mandates arbitration in the case of surprise medical bills, forces freestanding emergency rooms to clearly disclose upfront the insurance plans they accept, and requires pharmaceutical companies to justify to state authorities any drug price increases exceeding 15% in a given year—giving Texas one of the strongest price-transparency laws in the country.

Since his election in 2016, Oliverson—an anesthesiologist who is vice chair of the House Committee on Insurance—has earned a reputation for civility, for working across party lines and for learning about the nuts and bolts of policy.

In his first term, he served as a deputy floor leader and was named Best Freshman Legislator by the House Republican caucus. Oliverson attributes his aptitude for policymaking and consensus building to his medical school training.

Oliverson studied biology at Sam Houston State University before graduating from Baylor College of Medicine. He is recognized as an expert in office-based surgery and is on the leadership team of US Anesthesia Partners, a nine-state network of about 4,000 practitioners.

Being a lawmaker “is similar to what you do as a physician—assessing, gathering data, designing a solution,” he says. “So, I listen, I try to find common ground. I work with anybody who wants to work with me. I really like the whole process of problem-solving.”

“I listen, I try to find common ground. I work with anybody who wants to work with me. I really like the whole process of problem-solving. —Representative Tom Oliverson“

His leadership has expanded beyond health care issues, however. As the Texas Monthly editors noted, Oliverson “happily works with people from across the ideological spectrum, from moderate Republicans to progressive Democrats.” He’s been able to muster bipartisan support for several other potentially divisive issues, including affordable housing, flood control and voter fraud.

In 2017, for example, Oliverson co-sponsored a bill targeting voter fraud in nursing homes. It creates a process for collecting absentee ballots in such facilities, essentially turning them into temporary polling places during early voting and ensuring that facility staffers or others aren’t manipulating residents’ votes. “When have you ever heard of a voter-fraud bill that actually makes it easier, and safer, for folks to vote?” he says.

Holding public office, Oliverson says, “was something I never gave any thought to” until a chance meeting several years ago with Bob McEwen, a former congressman from Ohio and a leading advocate for pro-family issues and free-market economics. “I was introduced to Bob … at a social occasion and before long we found ourselves pretty deep into a conversation about things we were mutually concerned about,” he recalls. The McEwens encouraged Oliverson to run for office. They said, ‘Look, you’ve got good values, you’ll make good decisions.’ That struck me right between the eyes.”

Oliverson describes himself as “a grateful Christian, an unapologetic defender of life and a small-government conservative.” In 2014, he won the Republican primary by a wide margin and ran unopposed in the general election. He won reelection in 2018, and this fall is seeking his third term. 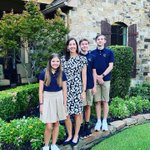 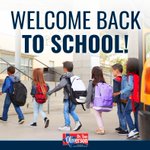 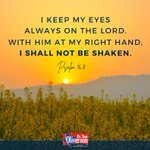 Opinion: Why gyms are essential in the age of COVID-19